As a Canadian, I acutely feel the lack of superheroes in Canada's repertoire...and so I wanted to tell a story about a hero of Canadian heritage set in a marginally-fictionized version of Canada... - Michael McAdam, January 2011. 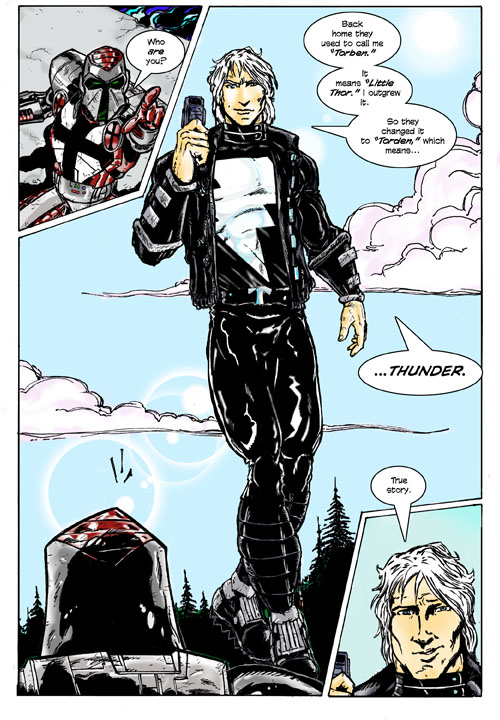 I had planned to read issues one through three of Thunder over the past weekend.  I didn't make it. The third issue was completed by Friday afternoon.

So what do you need to know about our Vancouver-based, Norse-Canadian protagonist?  Here are the basics (lifted from solicitations):

Half mortal, half Norse God, Devon Wells returns home to Canada after a youth spent in Asgard and steps onto the path to becoming a hero.

Right.  But there is an awful lot more going on here.

Some of it is familiar.  But then you realize that the familiar elements have a twist to them that keeps them fresh.

For example, Thunder has telepathic conversations with someone who attempts to direct his actions.  Thunder refers to the other party only as "old man" (derisively).

At first read, I was reminded of recent versions of Doctor Fate (different pantheon, I know) in which the helmet-wearer has to deal with Nabu "whispering in his ear".  But the degree of animosity and anger in Thunder's conversations sets them apart.

Another example: Get a load of this dude: 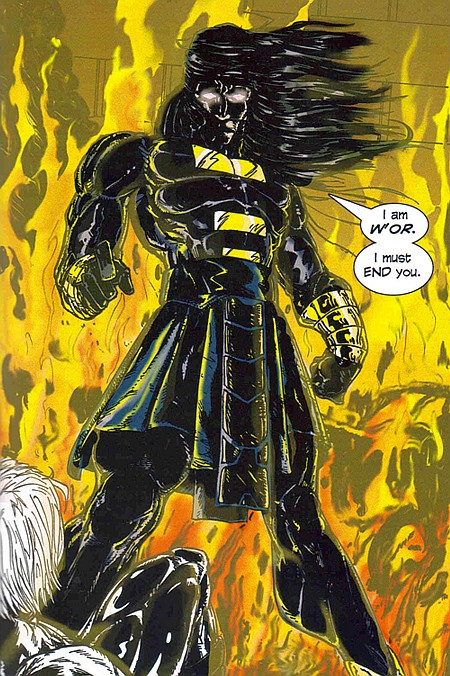 Art from issue #2 by Dean Meek

Every hero needs an evil version of himself (or herself) as a primary nemesis, no?  It's easy to jump to the  conclusion that W'or is cast from that mold when he appears in the story, but his role ends up being quite different than you'd expect.

Neither example should suggest a dark tone to the book.  There is a lot of humorous banter between Thunder and his various opponents, as well as with a self-appointed sidekick that he meets through unusual circumstances in the first issue.

This was a fun read.  It was good to have finally "met" Thunder.  I appreciate Michael McAdam's legwork in making these issues available to me and look forward to the continuation of the series. There was a lot of information served up but it's clear that there's plenty yet to be revealed.
Posted by TSOG at 10:19 PM