Is it possible to be addicted to Indiegogo / Kickstarter campaigns?  I have spent a boatload of money in the past couple of weeks on items I won't get to enjoy for weeks and in some cases, months.

Among the perks offered by the various campaigns that have caught my attention are a couple of inexpensive ones I want to share for different reasons.

The first involves the Family Dynamic again.  If you're not familiar with them, they've been talked about here before (seek out the tag at right).  They are included in the True Patriot book, a project that was ultimately successful and which is among the treats that I look forward to enjoying early next year.

Two of the gentlemen involved with that project, J. Torres and Jack Briglio, now have a Huricane Sandy disaster relief campaign going (note the "verified non-profit" tag on the page).  Among the perks is a set of the three Family Dynamic issues released by DC Comics a couple of years back.  The books will be signed by the creators (Torres and artist Tim Levins). 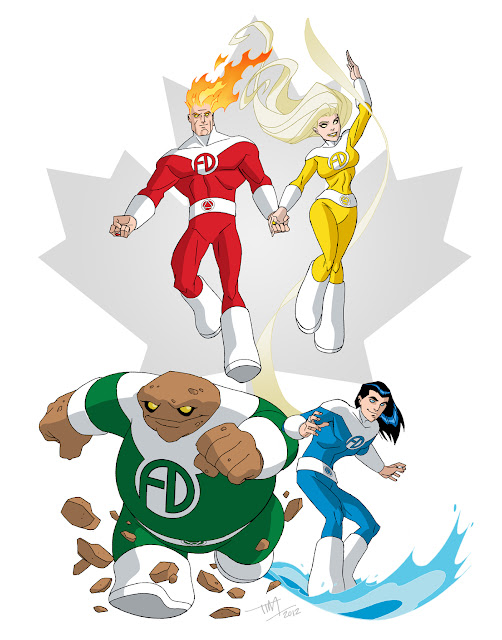 Three signed comics about a Canadian super-family for $10 going to charity?  Yeah, deal.

The other perk should come as no surprise; it involves the Redorik Trade Edition box currently showing on the right side of the site. 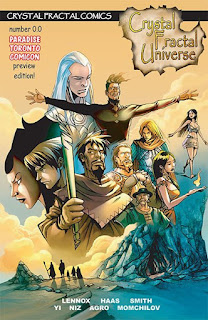 I became interested in Redorik because, based on his profile, the character appeared to be Canadian.  Regardless of whether he is or not, his publisher most definitely is.  Crystal Fractal Comics is based out of Toronto.

CFC appears to have a very rich fantasy world mapped out.  In order to complete Redorik's story, they are offering a print version of any of their books, signed and numbered, for $10. The store page of their blog will give you the best idea of the type of stories that CFC has begun to tell.

$10 is a rather painless way to support "local" talent so I would encourage comic fans to participate in this campaign. I hope that it takes off and enables Crystal Fractal to further expand what appears to be a very interesting line of books.
Posted by TSOG at 9:23 PM