Pieces of the Mosaic

I recall that I found the name "Masked Mosaic" a little peculiar when I first heard it.  "Masked" makes sense for an anthology about Canadian superheroes, but the use of the word "mosaic" seemed odd. 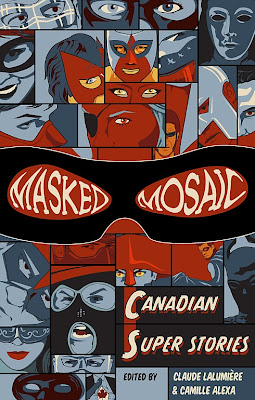 A few stories in, the application of the word becomes quite clear.  The book is diverse in just about every way possible.

There is roughly equal gender representation among the featured writers, for example, and several different cultures are worked into the stories.  Most (all?) provinces host a tale.  The adventures take place in several different points in time.  The characters are so varied that some probably would not meet the definition of the term "superhero".  The writing styles range from comedic, to being reminiscent of noir crime novels, to being borderline indescribable.  The editors, Claude Lalumière and Camille Alexa, did a fantastic job of displaying as much variety as possible in all facets.

The other edge of that sword though is that not all styles will appeal to everyone.  It's doubtful that you'll love all 24 stories, but after you realise that there's such an eclectic mix between the covers, you can't help but be eager to reach the next story regardless.

THE SECRET HISTORY OF THE INTREPIDS by D.K. Latta.
Probably my favourite story in the collection.  Unfortunately, there's little I can say about this league of extraordinary Canadians without ruining a significant portion of it.  In general terms, it packs a lot of story (and history) in about 20 pages.

Latta's name was familiar to me but I coul dnot recall why.  Looking for his personal website (assuming he had one), I came across The Ultimate Captain Canuck Tribute Page, a site that I've been visiting for years.  Latta has managed it since at least 1999 (the first entry on his "updates" page) so clearly he has been interested in this subject matter for some time.  Cool. 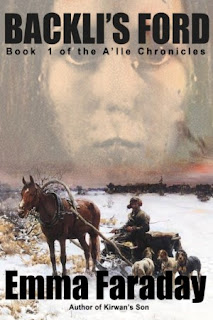 THE MAN IN THE MASK by Emma Faraday
The main character is a woman on a very personal mission.  The titular man in the (gold) mask is a mysterious figure with an unusual ability.  The story takes place in the Yukon, or at least the same version of it that appears in one of Faraday's (Marcelle Dubé) books, Backli's Ford: Book One of the A'lle Chronicles.  It's an interesting setting and down the road, I plan on reading more about the A'lle.

GIANT CANADIAN COMICS by Patrick T. Goddard
This one's just fun.  It is written in such a way that it might not appeal to everyone, but I loved it. It's difficult to describe, but it's similar to reading a comic book without art.  Imagine being only able to read the captions and dialogue.  Think Alpha Flight #6 (original series) but done for a Golden Age comic.  It can be challenging to follow, but Goddard weaves it so that you can visualise the panels.

Masked Mosaic has been worth waiting for.  I don't know if a second volume is being considered but if so, Alexa, Lalumière and 24 writers have set a high bar.
Posted by CCRider at 10:19 PM