Actually, there are a great many projects to look forward to in 2014, but most have been covered here already.  Heroes of the North plan to have the first episode of their second season online at the end of January (entitled Jackpot: Royal Flush), Red Leaf have plans of their own for Johnny Canuck, the original Nelvana stories are being reprinted, the second True Patriot anthology is on the way, Justice League Canada hits shelves in May, and so on and so forth.

There are two more that come to mind at the moment that I have yet to refer to here.

The first is the Pitiful Human-Lizard.  No, I'm not taking a shot at it; "pitiful" is part of its name.  Here is creator Jason Loo's description. 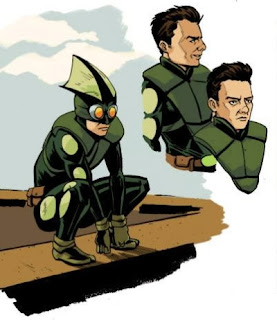 Created by cartoonist Jason Loo, the comic book follows a struggling superhero making the best of his costumed pastime in Toronto. The series also takes a look at Toronto, its people and their perspectives on the masked superhero.

Sounds like fun.  Loo's decription was lifted from the book's Facebook page, which already has over 250 followers since its creation on December 29th, so it's off to quite a nice start..

The other upcoming book that recently caught my eye is Underworld from Renegade Arts Entertainment. 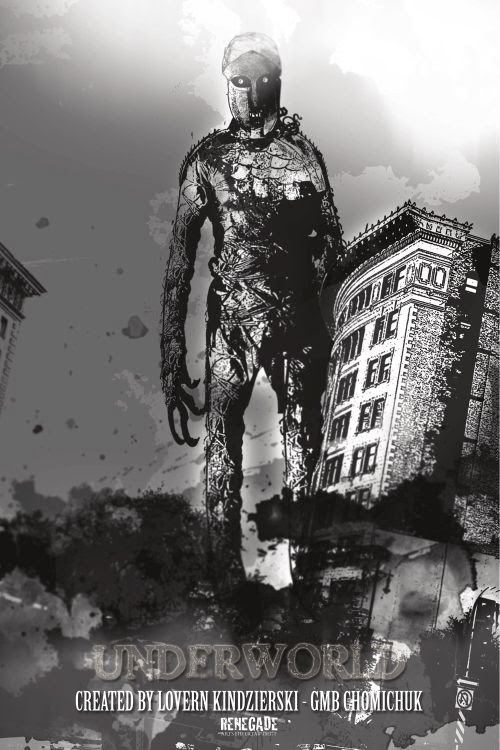 Loosely based on Homer's classic story, The Odyssey, this graphic novel follows Hector as he tries to regain his sanity whilst navigating his way through the criminal underworld on the streets of Winnipeg.  As he puts the pieces of his life back together, Hector rediscovers his wife and children, forgotten through his madness.  Hector battles to save himself so he can make amends with his family, the chance of redemption tantalizing amongst the inner war in his mind and the physical danger he finds himself part of too.

So not a superhero book per se, but it is the work of two Winnipeg-based creators and being released by an Alberta-based (Canmore specifically) publisher.  Click the image above to be taken to the Renegade Arts Press website page specific to Underworld for future updates.

I should mention that I came across Underworld while looking further into Dept. of Monsterology, one of Renegade Arts' other products.  I took a flyer on it recently and thought it was quite cool.  You can purchase it in digital or print format directly from the RAE website.
Posted by CCRider at 3:00 PM